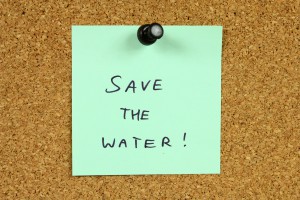 It is a wonderful thing to not have to deal with the monthly expense of tying into municipal sewer lines. However, having a home with a septic tank does have its unique challenges. One of the most important is having a more intent interest on what is flushed or put down the drains. As for solids, things are pretty much the same between the two, except that with septic tanks, you have to deal directly with the pump-out and thus the issues if you flush the wrong things.

Liquids are a different story. You could leave a faucet running full blast for a month with a sewer system, and your only grief is going to be the water bill. With septic tanks, you will have overloaded the system, potentially causing great harm. That said, water conservation should be on the minds of every homeowner with a septic system.

Nobody is saying you have to turn into a water-saving ninja, but there are a few things you can do that can help. First of all, fix any leaks you notice as quickly as possible. A dripping faucet or constantly running toilet use far more water than you might think. Second, run appliances such as the washer and dishwasher only when the load is full. If possible, opt for water-saving appliances. It is also a good idea to space out the laundry, doing a load every couple of days rather than several loads in one day. This gives the system time to recover between loads.

If you would like more tips about water conservation or would like to schedule an appointment to have your septic system checked out, give us a call at Sauer Septic. We’ve taken care of the septic tanks in the area for over 35 years!

Things You Should Do to Properly Maintain Septic Tanks

Get a Free Estimate

or Send an Email:

At Sauer Septic, we are a full-service septic company in Orlando, Florida that genuinely values providing excellent, results-driven service to each and every one of our clients.